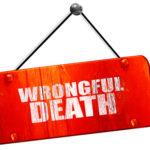 A recent report from the federal Bureau of Labor Statistics revealed that more workers died on the job in 2015 than in the 6 previous years. New York had the fourth-highest rate of workplace fatalities, coming in behind Texas, California, and Florida.

The statistics provide not only the total number of deaths, but also statistics on which professions and demographic groups are most affected. In total, 4,836 workers died on the job in 2015, which is the highest number of total workplace deaths since 2008, when 5,214 workers were killed.  Only 7% of all those who died on the job were women.  Of particular concern was the rate of older worker deaths.  A total of 650 workers aged 65 or older died on the job, which is the highest rate of death among any age group. This was the second-highest number of deaths among workers who were 65 or older since the Bureau began tracking such numbers, following only the number of older workers killed in 2014.

The rate of fatal traffic accidents affecting workers rose at essentially the same pace as fatal accidents in the nation overall, with 9% more workers dying in roadway accidents in 2015 than in 2014. 1,264 workers died in traffic accidents, making up over a quarter of all workers killed. Relatedly, heavy truck and tractor-trailer driving was considered to be the most dangerous profession in the US. In all, 745 truck drivers were killed on the job in 2015. Additionally, more workers died on private construction sites in 2015, with 937 killed while on the job. Eight hundred workers died as the result of a fall, trip, or slip; 722 died after making contact with equipment or objects; and 703 were killed in an incident of workplace violence or from an on-the-job animal injury.