More Workers Killed on the Job as Code Violations Rise 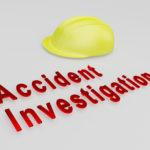 More Workers Killed on the Job as Code Violations Rise

A report published by a New York governmental safety office has found that fatal injuries on construction job sites across the State of New York are on the rise. The report has also found that, during the same time period, inspectors are finding more regulation and code violations. Read on to learn more about this troubling trend, and contact an experienced New York workers’ compensation attorney if you’ve been hurt on the job.

For the past several years, construction deaths in New York have been on a troubling rise. The New York Committee for Occupational Safety and Health (NYCOSH) recently presented a report titled “Deadly Skyline” cataloguing the rates of construction fatalities across the state. The report notes that, according to the Bureau of Labor Statistics, 464 workers have been killed on New York construction sites in the past decade, with 55 killed in 2015 alone. While construction employs only 4% of the state’s workers, it sees 20% of all worker fatalities. The rate of fatal occupational injuries in the field of construction is almost four times higher than the overall average.

The report also found that the majority of these fatal injuries could have been prevented. Among all construction sites inspected by the Occupational Health and Safety Administration (OSHA), 68% had safety violations, but among sites that had experienced a fatality, employers were found to be in violation of health and safety laws 87% of the time in 2014, and 90% of the time in 2015. Non-union job sites were found to pose an especially high threat of injury to workers, as OSHA inspections turned up twice as many safety violations on these sites. 79% of job sites where wage theft had been reported were found to have safety violations present. Due to the close relationship between wage theft, safety violations, and fatal injuries, workers on New York construction sites are encouraged to report all manner of violation to appropriate authorities in order to preserve their own safety.