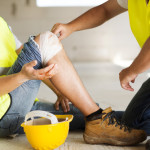 Officials have found a disturbing trend in workplace safety for those in construction. Over the course of Fiscal Year 2015, which ended on June 30, injuries on construction sites in New York City rose by 34%, according to the New York City Department of Buildings. Whereas in 2014, 211 individuals were injured on construction sites, 283 individuals were injured in 2015. Similarly, 11 people were killed on construction sites in fiscal year 2015, with only six killed in 2014. The uptick in injuries has largely been attributed to the city’s massive and unprecedented construction boom, resulting in an increase in opportunities for injuries. This construction boom is also considered to be a motivator to cut corners and safety measures in order to expedite projects and move on to the next, despite the grave risks being posed to employees on these sites. One city official has pointed to the fact that several recent accidents have similarities, an especially disheartening fact when considering that even after contractors and site supervisors heard of other fatal accidents, they failed to take the safety measures required to prevent the same sorts of injuries from occurring on their own worksite.

Since the fiscal year ended, several additional construction workers have been killed and injured on local worksites as a result of lax safety procedures. On September 3, a 19-year-old construction worker, Fernando Vanegas, was crushed beneath a collapsed cinderblock retaining wall, alongside two coworkers. The young man was killed, and the other two men were seriously injured. Vanegas had long been bringing home stories to his family of safety lapses on the worksite, including concerns months earlier regarding the retaining wall that ended up taking his life. The worksite had been the source of multiple complaints, inspections and citations by the Department of Buildings. Safety officials appear to have been newly motivated by the uptick in injuries and fatalities to take more drastic measures to punish safety offenders, including by declining to issue or renew building permits to unrepentant repeat violators. One contractor with a particularly checkered safety record—30 safety violations in two years— has had his Department of Buildings license revoked, barring his company from operating in the city.

If you or a loved one have been the victim of an unsafe New York worksite and need assistance with a workers’ compensation or disability claim, contact the Highland law offices of Peter M. Cordovano, P.C. for a free consultation, at 845-691-4200.