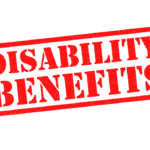 A recent report in the New York Post detailed the challenges confronted by one young man who is significantly and permanently disabled as a result of multiple injuries, both physical and psychological, received in the course of his employment while performing his duties as an EMT for the FDNY.

In the Fall of 2012, Hakeem Watkins was approximately 30 years old when he began working for the FDNY.  Unfortunately, Watkins suffered significant and diverse major spinal injuries less than a year later while lifting a stretcher onto an ambulance at Brookdale Hospital.  He also was caused to suffer a number of consequential mental disorders, including major depressive condition, acute event.

A doctor from the FDNY Bureau of Health Services determined that Watkins was unfit to perform the duties and responsibilities as an EMT.  Contemporaneously, the NYS Workers’ Compensation Board also found him permanently disabled.  Watkins also applied for disability retirement with the New York City Employees Retirement System (NYCERS).  As with any application for such benefits, same can either be granted or denied.  His application was denied, and Watson’s attorneys requested a hearing.

After testifying as to suicidal thoughts at his hearing, the Administrative Law Judge (ALJ) directed Watson to undergo psychological testing at an inpatient facility. One examining psychiatrist determined his mental impairment was too severe and disabling to permit him to return to work.  One examination, one bite at the apple, should have been enough. However, NYCERS sent Watkins for a second examination.  That psychiatrist determined Watson faking his medical impairment in order to avoid work, and for pecuniary gain.

On a return to hearing calendar, the ALJ found the second doctor’s opinion more credible and therefore, his ruling was that Watkins was capable of working.  Watkins’ attorney appealed the decision via an Article 78 proceeding in Brooklyn Supreme. Watkins case was returned to hearing calendar not because the Supreme Court judge disagreed with the ALJ’s ruling based upon the second psychiatrist, but because the ALJ overlooked the substantial medical evidence in the record concerning Watkins’ significant, diverse and permanent lumbar spine injuries. The judge required that NYCERS reexamine Watkins’ application. Upon information and belief, the third time was a charm. Watkins application for NYCERS was approved.

Despite all of the statistical analysis out there, together with the speculation that flows therefrom, any singular application, for anything, has a 50-50 shot of either being accepted or denied.  While it is disheartening that cases with merit are sometimes lost at the trial level, it is an important reminder of the importance of securing an experienced and dedicated attorney who will help such applicants fight uphill battles. So many attorneys practicing in the area of disability will only take disability claims to “exhaustion” at the administrative level.

There are times when you need to go beyond the administrative level (dropping the 32 ounce bat and pick up the 36 ounce bat).  I’ve done it, and have made NYS case law several times in doing it.  When you need someone to go the extra mile for you, whether it be in workers’ compensation, Social Security, or before the NYS Retirement System, contact Peter M. Cordovano, Esq. at 845-691-4200.