Injury from Swinging Gate Found to be Work-Related 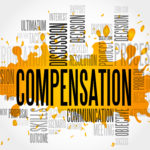 After receiving denials from the New York state retirement board, a hearing officer, and the state comptroller, a New York State employee has finally been determined to have sustained an injury making her eligible for disability retirement benefits, based on an incident which occurred in June of 2010.

The benefits applicant, Sheila Traxler, was working as a corrections officer at the time of the accident. Traxler had brought a group of three inmates into a clothes room, which was protected with a gate that automatically swung closed when released. Traxler was then called by someone outside the room, causing her to turn around and open the gate to see who had called her. When doing so, one of the inmates opened the gate to walk out of the clothes room. Traxler heard the gate and turned around, calling for the inmate to stop and return to the room. The inmate nevertheless continued walking out, releasing the gate and causing it to swing back and strike Traxler. She sustained injuries to her neck, back, and shoulders when the gate hit her, and also now suffers from chronic headaches.

Traxler applied for performance of duty disability retirement benefits, alleging permanent incapacitation resulting from the incident. Her application was denied initially, as well as by a Hearing Officer who considered her request for redetermination. The Hearing Officer stated that the reason for the denial was that Traxler had failed to establish that her injuries were the result of the act of an inmate. However, the Appellate Division disagreed, and found that Traxler’s injuries qualified as the type of injury that would entitle Traxler to performance of duty disability retirement benefits. The court explained that, In order to qualify for disability retirement benefits under New York Retirement and Social Security law, Traxler was required to show that her injuries were “the natural and proximate result of any act of any inmate.” Courts have repeatedly held that the petitioner is required to prove that “his or her injuries were caused by direct interaction with an inmate.” The court found in Traxler’s case that, while the inmate may not have intended to cause the gate to strike Traxler and cause her injury, there was no question that it was the disobedient act of the inmate in ignoring Traxler’s command that she remain in the room, and in doing so releasing the gate, that caused Traxler’s injuries. The court ordered that Traxler’s case now proceed to consideration on the issue of whether her injuries are permanent.

If you are a disabled or injured worker in New York and need legal help obtaining the benefits to which you believe you’re entitled, contact Highland workers’ compensation and disability retirement attorney Peter M. Cordovano for a consultation, at 845-691-4200.