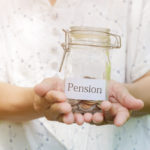 The New York Daily News recently reported that three members of the NYPD have been rendered unable to work but have failed in their attempt to collect their disability pensions. Such reports are examples of why injured New York public servants, and all injured New York workers, need knowledgeable and experienced legal help in their claims for either disability and/or disability retirement benefits.

All three cases involved officers in their 30s and early 40s who sustained severe back pain in the line of duty. The three men were found disabled from work by the trustees of the Police Pension Fund, but nevertheless their applications for disability pensions were denied.

One officer has been seeking disability pension benefits since 2013 without success. While writing a summons in his patrol vehicle in January of 2008, Officer Salvia was rear-ended by a tow truck. Salvia sustained a herniated disc and spinal compression, for which he has been receiving medical treatment to date, and continuing. Prior to the accident, Salvia was healthy and had no prior back problems. Despite his several and various attempts to regain his health, his disability and symptomology has become chronic. He underwent spinal surgery and was placed on restricted duty by the NYPD. In 2013, the Pension Fund denied Salvia’s disability claim with a conclusory assertion that his spinal injuries couldn’t be the result of “simply whiplash.” Officer Salvia filed an Article 78 Proceeding challenging the decision and won. The Pension Fund appealed the ruling and as such, he continues to await a resolution of this claim.

The other officers’ stories are similar: the men were injured by violent arrestees or in car accidents and never fully recovered. “It’s just not right in my mind that they and their families are not collecting the pensions they deserve, and have had to bring court challenges to fight for benefits they ought to have been granted without issues. The disability pension laws are supposed to protect police officers who are put in harm’s way, protecting the general public,” a representative for one of the claimants stated.

There are times when you need to go beyond the administrative level (drop the 32 ounce bat and pick up the 36 ounce bat). I’ve done it, and have made NYS case law several times in doing it. When you need someone to go the extra mile for you, whether it be in workers compensation, Social Security Disability, or before the NYS Retirement System, contact Peter M. Cordovano, Esq. at 845-691-4200.