Search Site
Menu
Home / Blog / What Might a Private Investigator Use Against You in a Workers’ Compensation Claim?

What Might a Private Investigator Use Against You in a Workers’ Compensation Claim? 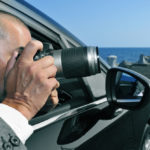 If you’ve been injured at work, you may encounter resistance from your employer when you try to make a claim for Workers’ Compensation benefits. Often, employers simply don’t want to incur the costs of a workplace injury claim and will do whatever they can to avoid paying a claim. This can even include using a private investigator to observe you as you go about your daily activities. While this might sound paranoid, a significant percentage of Workers’ Comp claims involve some amount of surveillance of claimants. Learn more about the sort of information investigators are seeking to learn, and how it might be used to deny your Workers’ Compensation claim.

When and how are you being watched?

While a private investigator could be watching you anytime you’re out in public, there are certain occasions when an investigator is more likely to be observing you. Trips to and from scheduled medical appointments that are related to your workplace injury claim are particularly common times that investigators may be watching. Your employer might know when these appointments are scheduled to occur, allowing them to notify an investigator that they will be able to see you leave the house and travel to the appointment. Investigators may also spend time waiting outside your home in an attempt to observe you doing chores, yardwork, or other activities that should be outside your abilities while you’re recovering from your injury.

Investigators won’t limit themselves to in-person observation. They will also look for posts on social media that hint at activities you shouldn’t be able to do while injured, such as mentioning how you totally dominated at a rec league football game over the weekend, or how you stood in line for hours for the new Nike sneakers. You may think that social media doesn’t have to be 100% accurate or truthful, and you might exaggerate when assuming that others who read your posts won’t take it seriously, so it is even more important to know how these posts could be used against you.

What might an investigator try to catch you doing?

If you’ve been hurt on the job in New York, get help receiving the money you’re owed for your injuries by contacting the knowledgeable and effective Highland disability and Workers’ Compensation attorney Peter M. Cordovano for a consultation, at 845-691-4200.